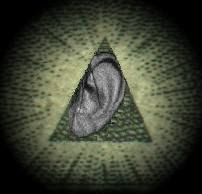 Interesting, I detect alienation from your own culture... what is more interesting, I feel more and more at home here. What's been going on in England is becoming more and more familiar to me. Well, I was brought up on the other side of the Iron Curtain where I did not even realise at that time that we were like a herd of sheep. Naturally, the means are different, but isn't the end the same?

I love the state , and think the state loves me. All hail the state.
The state doesn't like naughty Librans.

The means are a lot more sophisticated, but the end is the same - total control.

sounds like the sort of thing someone says as they're being dragged off to a dungeon.