Disturbing information from Presidential candidate Cynthia McKinney regarding possible extra-judicial executions during Hurricane Katrina. I won't hold my breath for an investigation of these allegations.
Posted by Trooper Thompson at 23:02 0 comments

Dear oh dear. If anyone expects a Tory government to reduce the nannying state, you should check out Michael Gove on Radio 4's Today Programme this morning.

Apparently if you vote Tory, Michael will come tuck you in and read you a bedtime story.
Posted by Trooper Thompson at 07:21 0 comments 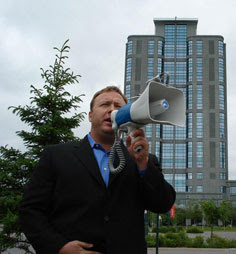 The spectre of fluoridation rises in Lancashire 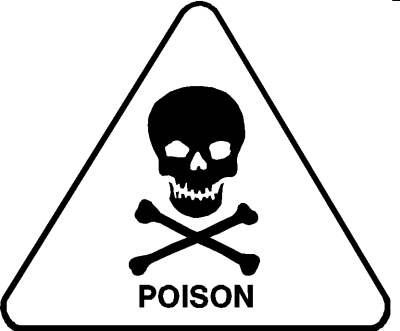 Citizens in East Lancashire will soon be drinking water laced with the poison fluoride, if the director of the local gauleiters get their way. Water fluoridation, a form of mass medication, is illegal in many countries. Fluoride has been linked to rises in bone cancer, and is a known neuro-toxin. The Nazis put it in the water at concentration camps, because it dumbs people down and makes them passive.

Hopefully the people of East Lancashire will rise up against this.

Nothing makes a loyal labourite drool more than the prospect of getting hold of your children, tagging them, brainwashing them, fingerprinting them and adding them to a database.

This is because they are sick control-freaks.
Posted by Trooper Thompson at 23:52 0 comments

The 9/11 Truth Movement ain't gonna disappear any time soon. The new documentary from Jason Bermas keeps up the good fight.
Posted by Trooper Thompson at 22:25 2 comments

The EU tyranny of tomorrow

Via The Register, I come across this report from Statewatch into the ever-growing matrix of oppression that is being put in place across Europe. Read it for yourself. By the time anyone thinks of dissenting they'll already have done it. As ever, the twin bogeymen of crime and terrorism are evoked to justify the slow suffocation of liberty, but it is us, the common people who are the real enemy and the true target of these measures.
Posted by Trooper Thompson at 21:26 0 comments


For a long time, referring to the New World Order (unless you were Gordon Brown or George Bush etc) got you the instant label of 'conspiracy theorist', a knee-jerk response, conditioned into us all, to prevent us thinking too deeply about what's really going on in the upper echelons of power. Far safer to focus on the soap opera of warring egos, petty corruption and adultery that comprises 'politics' in this and every nation.

Now however the term is creeping in all over the mainstream media. The switch has been flipped from total denial to total abject acceptance in the bat of an eye.
Posted by Trooper Thompson at 12:31 0 comments

The idea of 'simplifying' the English written language has been hawked about by a deluded few, ever since any kind of standardisation in spelling was introduced. Very often the proponents hail from the stuffy world of academia, and use the fallacious argument that it will help children learn to read.

The latest call comes from Professor John Wells of the campaigning group The Spelling Society. He will say at their centenary speech:

"It seems to be a great pity that English-speaking countries are holding back children in this way. In Finnish, once you have learned the letters, you know how to spell, so it would be ludicrous to hold spelling tests."

Well, the spelling may be simpler but, according to Wikipedia:

"Finnish has fifteen noun cases: four grammatical cases, six locative cases, two essive cases (three in some Eastern dialects) and three marginal cases. Notice that the word in a given locative case modifies the verb, not a noun."

So it seems the main reason they scrimp on the spelling tests is that they're too busy working on the grammar.

Hopefully, the obvious lunacy of rewriting the English language to the lowest common denominator will fall on deaf ears, as ever. Changing the spelling so it is more phonetic completely ignores the broad differences in pronunciation, and this is but one reason against such an utter waste of time and energy.

Posted by Trooper Thompson at 19:54 2 comments

Jesse Ventura kicking ass at the Rally for the Republic

This is part two of his speech. Part one is here, and Part three is here.
Posted by Trooper Thompson at 15:14 0 comments

The descent into tyranny continues apace with news that local councils are recruiting children as young as eight to act as informants. Such is the fascist mindset that prevails amongst these townhall tinpots, such schemes are supposed to " help (children) learn new skills and in a wider context, about citizenship".

You got that? Being a good citizen means serving the state by snooping around and snitching on your neighbours in the hope of getting paid for the information. Sieg heil you fucking cocksuckers.


America's slide into police state nightmare continues apace, with the arrest and charging of eight peaceful political activists with trumped up 'terrorism' charges, the only evidence being the word of paid agent provocateurs.
Posted by Trooper Thompson at 07:18 0 comments

'EU Commission Vice President Margot Wallstrom said, "I was encouraged and impressed by the determined action taken by the French Presidency but can not help thinking that with a new treaty it would have been easier to have a better coordinated response, faster and with greater authority." (Wallstrom blog, 3 September)'

Wallstrom, if you think the Russians paused for one second and wondered 'but what will Brussels say?' you're deluding yourself.
Posted by Trooper Thompson at 21:54 0 comments

According to this Reuters report:
"Young men who die suddenly after being arrested by the police may be victims of a new syndrome similar to one that kills some wild animals when they are captured, Spanish researchers said on Tuesday.

Right... so nothing to do with the tazers, choke holds, savage beatings etc?
Posted by Trooper Thompson at 21:12 0 comments

Labels: Great hoaxes of our times 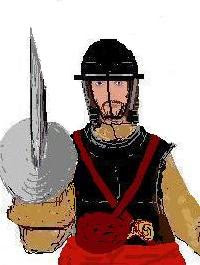 My faith is in God, and my powder is dry. I'm ready.
Posted by Trooper Thompson at 23:10 0 comments

Last night I dreamt I was president

As any good statistician knows, deaths from legally prescribed drugs far outstrip those from illegal ones. Not that John McCain's favourite pill - Ambien - has been linked with deaths, only hallucinations and somnambulism:

"Ambien is the sleep aid that was at the center of a class action lawsuit after users noticed bizarre side effects, like getting up in the middle of the night and cooking huge meals, then leaving the burners at full blast and going back to bed. I remember reading one man’s account. He said he heard sounds from the kitchen and found his wife tearing open a package of hamburger buns, "like a grizzly bear."

Uh-oh! Global warming is off. Get ready for the new Ice Age 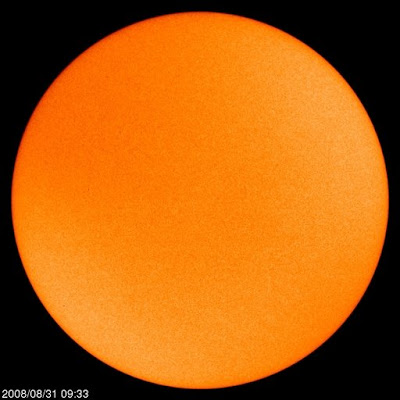 Although the astronomers are quibbling over one little spec on the 21st, according to many, there were no sun spots throughout the month of August, the first time in almost 100 years that the sun has been so placid.

Such periods are associated with global cooling, although there are some (followers of Saint Al, patron saint of hypocrits) who dismiss any connection between the earth's climate and that huge fiery orb that rises every morning. Time will tell.

Dr David Kelly was murdered. By whom and for what reason is not yet clear, nor is it clear exactly why the government covered it up. If the inquest had been allowed to proceed to its conclusion, it would have almost certainly ruled it was an unlawful killing, but the government managed to halt the inquest with the ridiculous charade of the Hutton 'Inquiry'.

The official explanation of his cause of death is not supported by the forensic evidence or the witnesses, nor is it plausible in the light of physical state.

Oh well, it's only murder I suppose, not nearly as important as Britney's new bikini.
Posted by Trooper Thompson at 19:32 0 comments