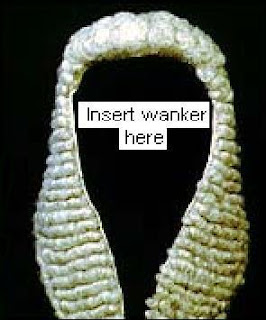 That is almost guaranteed, and Hodge knows it as well as anyone, but obviously couldn't care less. His legal company, Hodge Jones & Allen, "was founded in 1977 by 3 young idealistic lawyers" according to its website. It has a section on 'professional negligence,' which is ironic, considering his negligence in this matter, which will most likely condemn more innocent people like Gabrielle Brown to become victims of Justice Hodge's new friend.
Posted by Trooper Thompson at 10:52

Im nicking that picture too. May i?

Take it with my blessing