The power behind the power 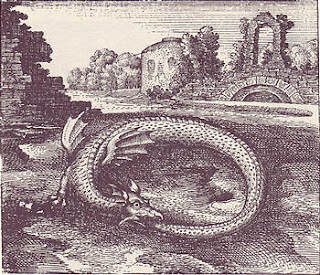 The EU Referendum blog is usually the place to check on the latest manifestations of the beast of Brussels, but in a recent post entitled "Meet the real boss" the writer seemed to rush past something of great significance, in order to score a point against the Eurodrones.

As the piece explains, new EU regulations regarding coaches and trucks originate not with Barroso's mandarins, but from higher up the chain of command, The United Nations Economic Commission.

EU Ref uses this issue to attack as fallacious the argument that a Britain independent of the EU would have comply with EU regulations just the same as now but, à la Norway, with no seat at the negotiating table. Au contraire, it argues, because Britain has a seat at the UN table above it.

Hi - the difference is that these technical committees under the aegis of the UN are intergovernmental. We have a veto on any or all the provisions, and we can implement them in our own way - excluding, if we wish, our internal trades.

Furthermore, there is no supreme court, as in the ECJ, which can sanction us for failing to comply. This is all done by voluntary cooperation.

The technical committees are not to be confused with the big politics of the UN. Very often they are doing vital but intensely technical work, mainly on international standards, that allow, say, cars to be made in any country to a common basic standard, thus facilitating trade.

Many of the bodies now under the aegis of the UN predated it, and would have to exist even if the UN did not (and not all of them do come under the UN).

Fair enough. I think the UN gets too much of an easy ride considering its malign influence and multiple crimes, so maybe I was jumping in too fast with this one, but I'm sick of decisions being made by anonymous committees.