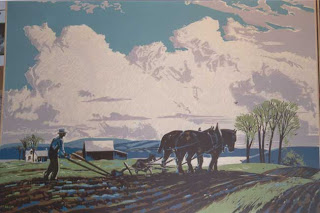 With great fanfare (well, I saw a post on it at Devil's Kitchen, if that counts) a new blog has been launched under the name 'the Liberal Conspiracy' which aims to bring together leftwingers and liberals into some kind of group-hug/mutual appreciation society. I hope it crashes and burns in acrimony.

Of course, this could be represented as the twisted schadenfreude of a lowly, isolated boonie, ploughing a solitary furrow, whose blog readership would struggle to hit double figures if I counted in binary. So, I better offer some justification.

"Please don’t be under the misapprehension that this blog has a laissez-faire comments policy where commenters can get away with whatever they want to say on account of their ‘freedom of speech’. That is most definitely not the case."

No, people, you can't be nasty, because Liberal Conspiracy wants "to foster a culture of constructive comments", which means, essentially they only want to debate with people who identify with their fabian ideology.

Fuck that. Even knowing that it'll sometimes go too far, it's better to argue freely than to pansy around trying to be 'constructive'. If somebody's erecting a monstrosity, tearing it down and stomping it into the dust is constructive! The swift result of such a policy is to curtail free expression, and without that, what's the point of blogging? So, I expect everyone will end up scurrying off to their own blogs and having the real discussions there.

Also, although the idea of getting a load of people together is appealing, there are disadvantages. Firstly, there are limits to how big a blog can be, before it ceases to be a place of discussion. Corporate sites such as the BBC have commenting facilities, but because of the large number of comments, there's not much interaction between the commenters, in my experience, and who can be bothered, or even has the time, to read through hundreds of comments? The best blogs, I think, have a relatively small number of regulars, with their own idiosyncrasies and in-jokes, without becoming too cliquey so as to deter new entrants.

The main problem for the Lib Con site, is that there really isn't much common ground between leftwing people and true liberals, especially under a Labour Government noted for its illiberality. They may agree on particular issues, such as opposing the Iraq invasion - so do I - but you're either one or the other, leftwing or liberal, and leftwingers will always reach for the statist solution to any problem, being control-freaks at heart. They know that freedom can be abused, and it terrifies them. They also fail to understand a distinction between society and the state, and by and large, they'll always fall into line with Labour when push comes to shove.

The fault-line between the two camps that Lib Con wishes to unite is already in evidence over the recent smoking ban, and the intellectual atmosphere is summed up for me by this comment:

"I find it slightly disheartening to find this subject being discussed on this site so soon after its inception. This is a subject where opinion will never divide along left/liberal, right/conservative lines. As such, any site whose objective is to help set a left wing agenda should avoid it like the plague. The smoking ban will always divide rather than unite left/liberal opinion, and cause us to waste time endlessly going round in circles when there are more important issues to discuss. I do have strong views on the subject, but really don’t think this is the place."

A number of things jump out from this statement, such as; that the site's objective is to help set 'a left wing agenda', not a 'left/liberal' agenda; issues which are likely to prompt argument, rather than cozy consensus should not be raised; that the site is not the place for strong views. So, it seems the 'conspiracy' is to be one of silence.

At heart, rather than an intellectual position, my libertarian outlook derives from an irrational, visceral dislike of being told what to do, and likewise I don't want to impose my views on everyone else, so although there'll always be negative things, there'll never be much positive I can agree upon with self-declared leftwingers.

Ayeup mate, just wanted to mention this. I've signed up to them already, it's high time someone did something like this;

I saw the news of that organisation being set up. It's certainly the case that servicemen and ex-servicemen have always been treated badly, although I wish they weren't sent to fight wars for no good reason.

One of the problems over the decades has been the terrible procurement strategy of successive governments, which has led to an incredible waste of money.