Word of the day: iatrogenic 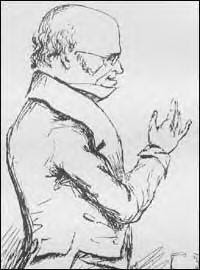 Doctors are a rum bunch. When they're not busy telling us how to live, or helping the Government create a Stalinist database, they're experimenting on us without consent, such as in the case of Elyse Schein and Paula Bernstein, identical twins that were separated at birth and brought up with no knowledge of each other because Dr Peter Neubauer, a 'world-renouned child pychiatrist', wanted to study them, aided and abetted by crackpots such as Viola Bernard, a consultant to the Louise Wise adoption agency, who 'firmly believed that twins should be raised separately to improve their psychological development, and that dressing and treating them the same retarded their minds.'

Elsewhere in the big pharma world, it is becoming increasingly clear that the anti-smoking wonder drug Champix is succeeding in more than one way, i.e. causing death by suicide. Oh well, at least lung cancer didn't get them.

Only the tip of the iceberg of what these sawbones, quacks and skull jockeys get up to when we're not looking.

Not quite sure where could be more cheerful than my little corner of the blogosphere! Happy New Year to you.

My mum worked at Guys for a while and she had the keys to one of their bizarre medical museums. It dated back a couple of hundred years. You should have seen the stuff they had stored away in glass jars. Hammer house of horrors stuff like every part of the human body (diseased). Babies joined at the head. And the head of a guy who shot himself in the head. It was gross. That place gave me nightmares.

Take care, the doctors don't collect you for their museum! They're always looking for new exhibits.