The problem with democracy... 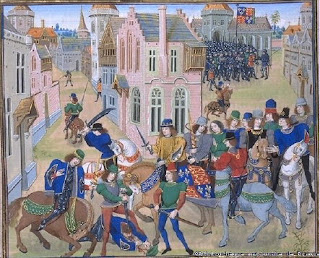 ...is that many if not most of the so-called educated class seem to be against it, unwittingly in some cases wittingly in others, but the idea that the common herd are too stupid to be allowed to decide the matters that influence their lives is as pervasive as it ever was. Here are some examples from a certain chicken-shit blog, that I will not refer to again:

“Writing a constitution involves endless discussion by people who understand the intricacies of such a process - inevitably a tiny subset of the population.

”Does anyone seriously think that any more than a fraction of one per cent of the population will have any real idea of what they are being asked to vote for or against?”

“We are a representative democracy, not a direct democracy with popular votes on specific issues”

There is no doubt in my mind that we as a people have been systematically dumbed down. Although I have no particular reverence for grammar schools, it is significant that, when the Prussian-style three tier system of grammar, secondary modern and technical schools was found wanting, the part that was destroyed was the part that worked the best, the part that was competing with the independent schools and in fact out-doing them in terms of producing Oxbridge entrants. Worse still for the upper echelon, it was smashing their superiority paradigm to pieces, by showing that a working class kid could be just as bright and achieve just as much academically as little Lord Fountleroy. So the grammars had to go, in the name of equality – but equality for the mass, not for the Fabian elite who planned it – their brood would still be off to Harrow and Eton.

Perhaps I'm digressing. The point I intended to make was that the more we are treated like feckless ignoramuses who are unable to understand the complexities of such lofty matters as, in this case, a European treaty, the truer it no doubt becomes. And conversely, the more responsibility we are allowed, the more responsible, by and large, we will be. It is not that we are incapable of discussing and judging these matters, but that the elitist class do not want us to break into their monopoly of decision-making.

In centuries past, the priests fought tooth and nail to prevent the Bible being translated into English, for two very clear reasons. Firstly, maintaining control of information made the priests powerful. Secondly, if the people knew what the Good Book said, who knows what dangerous, subversive ideas they'd get into their heads?

The same fight for control was seen over the Latin medical books and the Norman French laws. Knowledge is power, and the people must be kept from both, if the elite are to maintain their position. If Norman French is no longer an available mystifying agent, there is still the chance to thwart the layman with legalese. The complexity of this particular European treaty is wholly intentional. As Giscard D'Estaing said: 'It is not meant to be read.' The document that the French and Dutch voted down was bad enough, but this is far worse. To cite Churchil, if the first is a lie, the second is a terminological inexactitude.

The third comment is brought up whenever our politicians are out of step with public opinion, such as it can be discerned, in other words only when our system is seen to be unrepresentative of the democratic will. Again the elitist disdain for the people underscores the concept. If it was up to the hoi polloi, we'd be back to burning witches they say. The label 'representative democracy' allows these political swindlers to claim a moral case for their defiance of the people they supposedly represent. There are two arguments that spring to mind in defence of this system, and only one is valid. Delegation: in other words, we delegate the business of overseeing political matters to these people in terms of division of labour, allowing the rest of us to go about our business. But if this is to be democratic, the system is only effective insofar as our delegates do what we want them to. Our check upon this is a vote every four or five years, and due to the electoral system the vast majority of us may as well not bother turning out, for the good it does. A handful of 'swing constituencies' will decide it. Other than this, we could riot, which is the more traditional way of making our feelings felt, and no doubt if we weren't mollified and conned by our pseudo-democratic system we'd employ it more often. The second argument is as previously stated with regard to burning witches.

Much as I believe that the people should be sovereign and that the power to decide should be in our hands and not those of an elite, it is not the case that some kind of 'dictatorship of the proletariat' should take over from the technocratic oligarchy of today. It is not that the power that the few now wield should be wielded by the many, but that the power should not be wielded at all. The state is too big, the government is too overbearing. Insofar as it must exist, it must be democratically controlled and accountable to the people – but only insofar as it must exist.

Posted by Trooper Thompson at 13:16

If a constitution is too complicated for the average man to understand, then it is no constitution at all. What possible protection can it offer the people from government when they have no way of telling whether the government is breaching it or not?

Anyone can understand "Congress shall make no law respecting an establishment of religion, or prohibiting the free exercise thereof; or abridging the freedom of speech, or of the press; or the right of the people peaceably to assemble, and to petition the Government for a redress of grievances" or "A well regulated Militia, being necessary to the security of a free State, the right of the people to keep and bear Arms, shall not be infringed" or "The right of the people to be secure in their persons, houses, papers, and effects, against unreasonable searches and seizures, shall not be violated, and no Warrants shall issue, but upon probable cause, supported by Oath or affirmation, and particularly describing the place to be searched, and the persons or things to be seized."

Well said - the problem for America is that Ron Paul is unique amongst the presidential candidates in wanting to uphold that fine document.

When I read "Does anyone seriously think that any more than a fraction of one per cent of the population will have any real idea of what they are being asked to vote for or against?”
I thought "fair enough: one time out of a hundered, what smells like rotten dog shit could actually be stilton."
But not in this instance...