Here lies the anthrax investigation: May it rest in peace 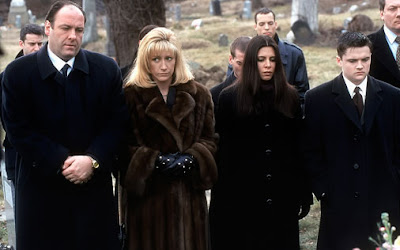 The failure of the mainstream media to hold authority to account is well exemplified by the BBC in the case of a scientist who has supposedly committed suicide, as the FBI net closed in on him for the anthrax attacks of 2001. I saw the story covered on Newsnight, its 'flagship' current affairs TV show, and hardened though I am to the corporation's mendacity, the lack of any kind of curiosity in knowing exactly has happened was stunning.

Now that the man is dead, the guilt can be pinned on him with no requirement to prove anything. The BBC can report that Dr Bruce Ivins 'has taken the secrets of this case to the grave', and the BBC's dumb public can all go back to sleep, those that weren't already snoring happily, undisturbed by the fact that these terrorist attacks, originally blamed on Al Qaida and/or Iraq, were proven to come a US military facility.

For the BBC and its fellow peddlars of yellow journalm, it's time to move on, and another act of murder, in this case of five people, can be dropped into the 'I guess we'll never know' bin and forgotten. Finally, the Ministry of Truth has found itself a 'lone nut, acting from motives unknown'.

Yet again, it is the so-called alternative media and the bloggers, such as George Washington, who ask the real questions and cover the news, while the mainstream media circle-jerk to prurient trash like Kylie's derriere-double and other spectator sports.