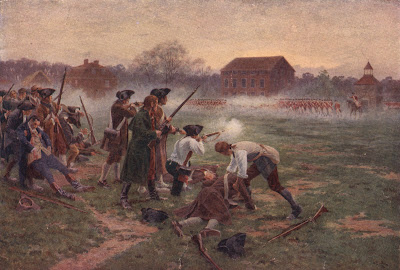 The United States is now - literally - going into martial law with the deployment of US troops in a law enforcement role.
The mainstream media, such as CNN, report it as if it's a commonplace event, rather than an open and direct criminal act in violation of the Posse Comitatus Law. The report talks of 'scepticism' - perhaps the kind of scepticism the three little pigs may have felt when the wolf was at their door.

God help America now. Everything the Founding Fathers warned them about is coming true before their eyes. As Thomas Jefferson said:

O America, you did not pay heed, and now you have both tearing at your throat.