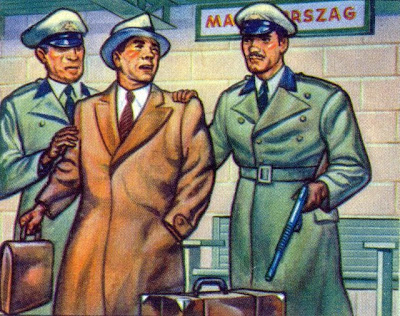 Hardly a day goes by without the announcement of some new twist of the fascist screw. Now political opponents of the government are to be targeted by a new cadre of secret police - 'the Confidential Intelligence Unit.
.
According to the Daily Mail:

"The Confidential Intelligence Unit (CIU) has the power to operate across the UK and will mount surveillance and run informers on ‘domestic extremists’."

In other words, a bunch of paid-for voyeurs and agents provateurs. Textbook police state tactics, no doubt, and not new. Back in the day, groups like the Communist Party could never have survived without their SIS subs.

"The unit also aims to identify the ring-leaders behind violent demonstrations such as the recent anti-Israel protests in London."

Perhaps they'd like to start with the man causing trouble when George W Bush was last in town. It won't be hard to track him down, seeing as he was a copper.