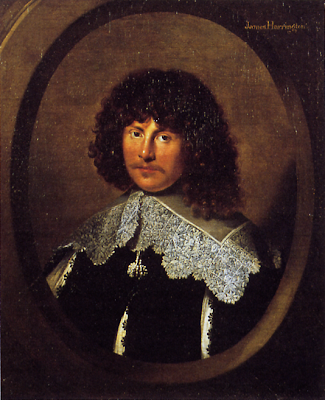 I have recently finished reading James Harrington's 'Oceana', laying out a republican system of government for England, which he hoped Oliver Cromwell would put in place during the Interregnum. Unfortunately, Old Nol did not see its finer points and his own attempts to shore up the Commonwealth failed, leading to its collapse following his death and the restoration of monarchy - a national tragedy, eloquently allegorised in Milton's 'Paradise Lost', that England has yet to recover from.
Drawing inspiration from Harrington, I propose the following:

Enlarge the Commons to 3000 or so members. This would reduce the number of voters represented by an MP from the current 84,500 to less than 20,000, bringing the MP far closer to the people, breaking down the party structure and most likely enabling non-party candidates to be elected. This new assembly will be the sovereign body of the nation.

Amalgamate the current Commons and Lords into one body - a Senate, which would be the debating and revising chamber. I will leave the fine print of how it is constituted for another day (what's the hurry? No one's hanging on my words!)

The first criticism that will be leveled is that my new People's Congress will be chaotic and expensive, to which I would say: its function is not to be like the Commons, where all and sundry can stand up and debate. It is to decide, not to debate, in the same way as a party conference does this. In other words, people can give speeches from the podium, but its not a free-for-all. Secondly on cost; the Congress does not have to sit throughout the year, rather meet periodically. Its members can be given a fair stipend for their efforts, but should see themselves more like councillors or magistrates rather than career politicians. Also, as a minarchist-minded man, I assert that there is no good reason for the volume of new laws being generated at present. The Law should be stripped down to its bare bones, set up on sound principles, and then left alone, save a little necessary tampering to keep it running.

The new Congress would, as the sovereign body, perform a function similar to that currently performed (we are told) by the Queen. Rather than a bill receiving the Royal rubber stamp, it would need to receive the assent of the Congress. As the Queen has never, as far as I know, refused to sign any bill, the necessity of obtaining her assent cannot be claimed to be any kind of check or balance on executive power. 3000 people of good will, drawn from the population would be much more effective.
Posted by Trooper Thompson at 11:49

I applaud your attempt to introduce great democracy but it sounds like a nightmare. IMHO.

What is the point of 3000 members (think of their expenses!) most of whom can never express an opinion and are therefore merely voting fodder? More decision takers doesn’t mean better decision takers. Have you ever served on a large committee? The saying is that “A camel is a horse designed by a committee”!

Particularly in a non-federal state, a second chamber is a vital break on an out of control executive; it is a scary idea to give all the power to one chamber.

Also – you seem to be assuming big is beautiful. It always looks that way when you have a blank sheet of paper in front of you. A federal system is far more manageable.

In a federal system the elected members are more local to the electorate, they are fewer in number and – frankly – it is easier to keep an eye on what they are up to.

There is also a lot to be said for different regions in a state being run in slightly different ways. That way the electors get a chance to see what works and what doesn't, for example - one region might pay a bit more tax than the rest but puts more money into education and business start-ups.

Also - a federal country can be safer - if one region is hi-jacked by a vicious or disastrous regime, at least the regional government can only do limited damage to the country as a whole.

Thanks for giving your opinion.

Firstly, the 3000 member congress: the idea is to find a happy medium between direct democracy, such as is found in some cantons of Switzerland, where everyone turns up to vote, and our present House of Commons, where 646 (or thereabouts) people represent a country of 60 million. The intention would not be to run the congress throughout the year, rather that it would meet occasionally.

Its function would be to replace something that should be a check on Parliamentary/executive power but in reality doesn't really exist, namely the need for a bill to gain 'Royal assent'.

As for federalism, I think this depends on the size of the nation. In a country such as England, it seems to be overdoing it to split it up into federal states, although taking the UK as a whole, this might be the best way.

I certainly agree that power should be devolved to the local level wherever it can, and should perhaps point out the need for a constitution that limited the power of the government quite strictly. As far as I'm concerned, most of the work of our current Parliament is unnecessary - churning out ream after ream of regulations replacing other regulations that probably never got as far as being implemented before being superseded.

I believe that democracy is essential for the control of the state, but state power, whether democratic, monarchic or aristocratic, must be limited. I take a natural rights view, that state power derives from our individual rights.