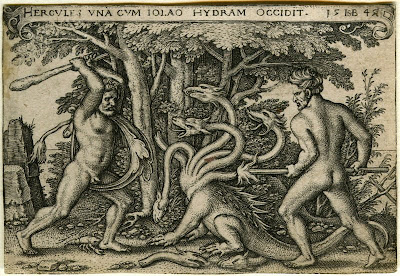 It's too late. I've voted. I decided to lend my solitary vote to 'No 2 EU: Yes to Democracy'. Otherwise it would have been UKIP.
What a shame it is that the left/right divide still dominates. Because if people of good will could put aside the fundamental philosophical disagreements between them all, the combined force would be unstoppable.

I heard a tory MP defend the party system. But there is the party system in its platonic ideality, and there is what we have now. As a supporter of neither Labour, Tory and LibDem, and yet quelqu'un qui s'interesse à la politique the primary goal should be to smash the parties we have into little bits. The necessary force to do this would have to come from both ends of the supposed spectrum, or better still would transcend the left and right divide.

The question of governance has been forced into the back room by left/right arguments. Politics is dominated by the question of which party should rule us, rather than how we should be ruled. The plebs (one of which I proudly am) can't unite because they never get round to resolving something which, if done, would keep them from forever bickering - the limitation of govenment power. The people need to stop deluding themselves that this is a democracy we live in. It is in fact a constitutional monarchy. The democratic element is not the government - it is us! The many-headed monster.

The left want to harness the power of the state to do things which the right believes the state has neither the ability nor the authority to take care of. But taking the current size of the state, which is much bigger than a libertarian would wish, even if the right compromised and accepted public ownership of certain assets, there would still be plenty of state power to dismantle.

The good people of the left understand the dangers of corporate and oligarchic power. Most of them also nurse a belief that hereditary monarchy is wrong. They also hold a perception of sovereign power. They understand why our government is not allowed to protect British jobs for British workers for example, and that this is a question of sovereignty, and if such a thing exist, the people should have it.

When I voted today, I was given a ballot with minor countless parties. They really ought to sit down together and amalgamate. If a platform could get the left and right factionalists together including individual rights, national popular sovereignty, limitations on state power but some role for public ownership of key assets, the unbelievable might happen - labour and tories both dethroned.

Pic
Posted by Trooper Thompson at 20:07