The Albion Alliance: pledging my support 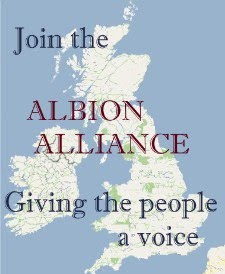 James Higham is to be applauded for getting the Albion Alliance off the ground. As someone who believes in national sovereignty and democratically-accountable government, I am still in a state of outrage at the cynical betrayal of the people perpetrated by this government when it reneged on its manifesto promise to hold a referendum on the EU Constitution AKA the Lisbon Treaty. It was the first and to date only time I had ever contacted my MP, only to be fed the party lie, an insult to my intelligence or indeed the intelligence of anyone who can read English and has more than a goldfish-level memory.

In killing the referendum, this government destroyed its legitimacy. Without making a promise to hold a referendum, Labour could well have lost the last election, as the clear choice between Labour and no referendum or Tory and a referendum would have pushed a number of people to vote Tory, quite possibly enough to swing the election. Do not forget Enoch Powell famously voted Labour in 1974 on this same issue.

Things have moved on. The EU has got its treaty ratified and has no intention of letting the people interfere with its plans. Like Ceausescu on the balcony, they will not listen until we force them to listen. Now is the time to make that happen.
Posted by Trooper Thompson at 23:52

Thanks, one for the bullhorn.