Property and Self Ownership 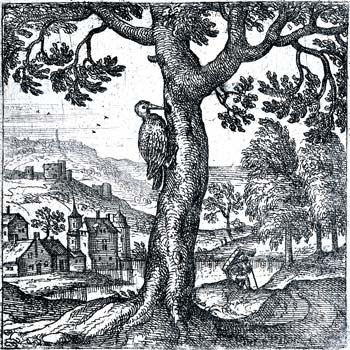 Alas! The dissembler has spread confusion far abroad. How many of our brethren citizens boast their ignorance? Self-ownership? Pah. Property rights? They sneer at the very notion.

So I seek to turn their minds to practical matters, such as the law, and say this: To solve a problem there are two ways; the lawful way and the violent way.

The law is to settle disputes between individuals, and settle them on the basis of justice, not mere force as is the way of of the sword, and justice requires that the rules by which it shall be determined be known and knowable to all concerned, so let them be proclaimed.

Leave my stuff alone, I'll leave your stuff alone. We will abjure the violent way. It is better if we live side by side in peace. There will be some, we know, who will follow the ways of Cain, and they must be dealt with justly, and differences between us will arise. The lawful way is by definition the way of truth, justice and reason, shot through the prism of property rights. This will be The Social Contract.

What acts now considered crimes would not be so considered, if the law was reduced to only protecting property rights?

The question: Was there consent? If there was not, then you must ask; was there harm to another's property? If so, was there agency? Was there intent? Was there malice?Must there be recompense?

But if the answer is; yes there was consent, then you must be sure it was informed.
Posted by Trooper Thompson at 23:26

Drugs, yeah. Weapons, sure. Blasphemy and so-called hate speech, yep. Incest? Wow. You're not just pushing the envelope there, you just shoved the envelope hard enough to knock down the mailbox and then you picked up the mailbox and threw it across the street. But I can't argue. The idea makes my skin crawl and I can't imagine how I'd react to them if I'd found out my brother and sister had been at it (vanishingly unlikely for all sorts of reasons but has me reaching for the mindbleach all the same) but accepting your condition of them being consenting adults I can't argue. All the same, yeeeurgh.

I'd disagree about libel and slander though, or at least I'd qualify them. Both are torts and if someone can demonstrate that something was said that was (a) factually incorrect and (b) has damaged them financially I have no problem with that still being covered by tort law. And incitement's a tricky beast that depends a lot on what's said and to whom. If I were to say "It'd be good if some people dragged out all the MPs out of Westminster and strung them up" it's not incitement, and even if I said "You should string up all the MPs" it wouldn't be incitement if I said it to random people who're likely to ignore me. But what if I said it to a group of people who for whatever reason are likely to act on what I say? If they commit acts of violence after I've told them they should do so surely I bear some responsibility for that in the same way that a PM or president who launches an illegal war is responsible for giving the order to the military to go and invade.

Incest leading to procreation could indeed have a victim, the poor befuddled child who lacked genetic variation, but otherwise I heartily agree.

I would be interested to know what you and other contributors make of women smoking, drinking, taking drugs etc when pregnant because of the possible harm top the foetus

consensual incest would still remain, I am sure, both extremely rare and socially frowned upon. I doubt removing the legal prohibition would change a great deal. It's just I can't see that it involves a property right infringement - I wish it did!

Libel and slander are attacks on someone's reputation, but no one owns their reputation. If such things weren't considered crimes, then people would be less likely to believe such allegations. It would shift the onus onto the libeller or slanderer to prove the allegation, rather than now, when the onus is on the victim to sue, and if he doesn't, people assume he's guilty.

I don't think losing incitement poses a problem. The dividing line between non-criminal and criminal would be where it becomes conspiracy. I don't think giving an order to a subordinate in the military is considered incitement, but something more.

I don't think such a child could be classed as a victim. Perhaps it could be seen as reckless endangerment, but I don't know.

As for the pregnant woman, I say she should be free to do as she pleases with her own body.

I would note that pulling back the law to matters of property rights will not get rid of societal condemnation, which will form an important force, through boycotting and shunning those who offend against morality.

OT I know, but if you wer elooking for proof the BBC is run by Fabians, you have it now:

"As for the pregnant woman, I say she should be free to do as she pleases with her own body"

Yes, I agree with that, but I do have the awful sense that pouring whiskey down the throat of an infant would be illegal 10 months after conception but fine 8 months after.

the law cannot resolve every wrong, and not all moral responsibilites can be converted into legal ones.

I think it better to remain on the sure grounds of self-ownership over the woman's body, for one thing because I have heard of cases in America, where women are being prosecuted after having miscarriages and still-births, in ways which seem very wrong, and for another because I don't think many women binge on whiskey during pregnancy. I know that alcohol is linked to foetal damage in some cases, but I believe this is due to a particular susceptibility in these foetuses, by which I mean the same amount of alcohol imbibed by another pregnant woman would not have an effect on the foetus.

In general, I take the 'evictionist' position explained by Walter Block with regard to abortion. When the dispute blows up, I find I have more in common with the pro-lifers, as I find the pro-choicers a nasty bunch. To see what I mean, any number of comment threads over at Liberal Conspiracy will illustrate.