A judge who upholds the Constitution... 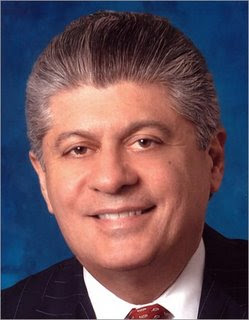 ... should be a tautology. Sadly, in the USA it's becoming a unique selling point. Here's Judge Andrew Napolitano speaking to Alex Jones, regarding the state of the nation, and his new book "A nation of sheep":

How did it get like this? [verging on a police state]

It's gotten like this because the neo cons have persuaded vast majority (sic) of segments of the country, the media included, that if you have nothing to hide, you have nothing to fear. So whenever I get into an argument like this, and somebody looks at me and says “what do you have to hide?” And I say: “Everything. I have my dignity to hide, I have my personality to hide I have my privacy to hide. You want me to entrust those things to the government? lets see, the government can't deliver the mail, it can't fill potholes, it doesn't know who's paid taxes and who hasn't, it can't secure the borders, why would you trust a government, who can't do the basic things we hire it for, with personal, private information about you?” Ultimately, after the right to live, the greatest of rights is the right to be left alone. That's why we have a fourth amendment, so that, when it is honoured, the government will be forced to leave us alone.

Why d'you call [your new book] “A nation of sheep”?

Because, when we allow the government to do these things, we are as sheep, just looking for a strong person to lead us into safety but at a loss of our freedoms and we've elected a Congress which has enacted legislation which permits FBI agents to do to and for us the very things that when done to and for us by the British government when we were colonists caused us to fight a revolution. When British soldiers were allowed to write their own search warrants it was the last straw and it brought about July 4th 1776, and yet American FBI agents can write their own search warrants until the cows come home, and the sheep say: “Just keep me safe.”

As long as there are still good people like Judge Andrew Napolitano, who know what the Constitution says, there is hope that America will recover its path.
Posted by Trooper Thompson at 15:02